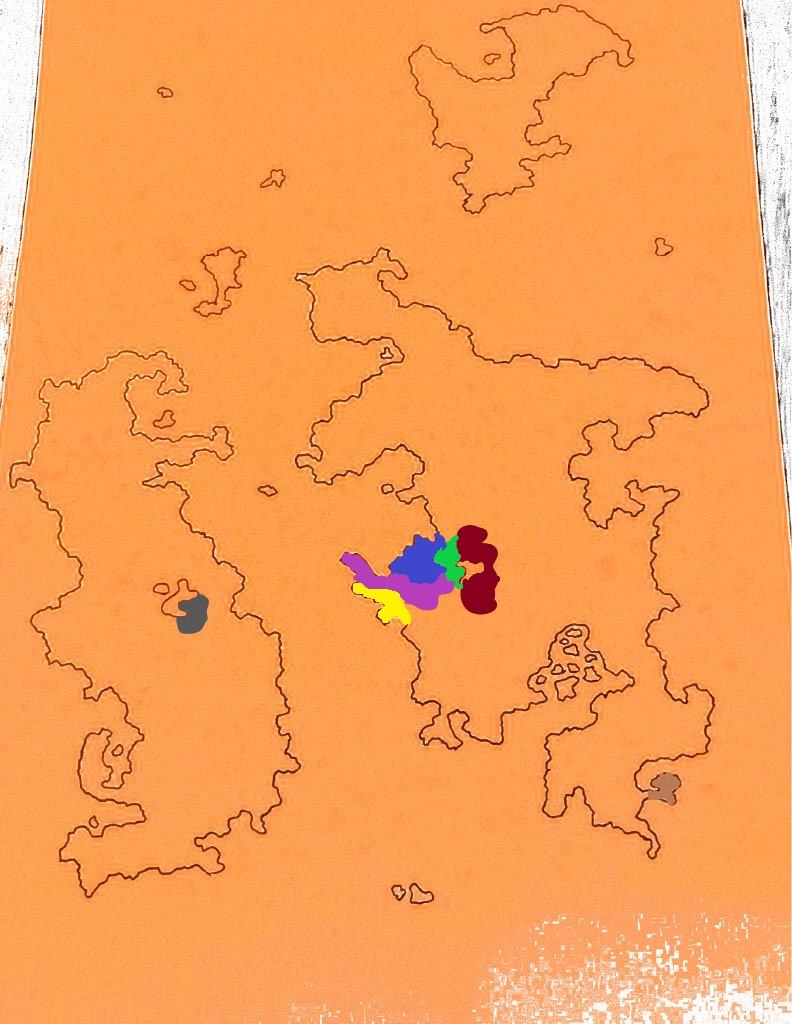 Blue = The Kingdom of Boetoc

In the year 1 the first records of documented civilization in Pecasori begin. The first record we get is from The Kingdom of Boetoc. Although The Kingdom of Boetoc would eventually be wiped out by the stronger nations surrounding it, The Kingdom of Boetoc embraced the written word, and kept many religious textbooks of their faith, Edoal. Many of the traditions, the writing style, and even Edoal at least for a little while, would eventually spread to all of the major powers of Pecasori. The first ever stone tablet from The Kingdom of Boetoc is a religious epic describing a godly hero named Iogues. The second one is about a king (it is unknown if this king is mythical or real) who is never named in the story who leads Boetoc’s Army against an Enemy Army. (assumed to be the Army of Urloguvam.) After this, we don’t get another story or tablet or mantra for what carbon dating suggests approximately 70 years. After this, we start to see the first trade between The Kingdom of Boetoc and Cralasori. This is most likely how writing and Edoal spread to Cralasori. By the end of 0075, 15% of Cralasori would have converted to Edoal. It is unknown what the previous religion on Cralasori was, as they didn’t keep any written records.